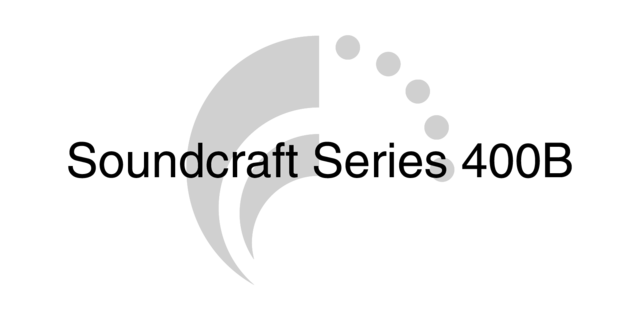 Launched in 1983, the 400B replaced the Series 400, by providing more facilities at less money. It achieved this by applying skilled production engineering to the design of the console, enabling manufacturing costs to be lower than ever.

Retaining the classic 4-band sweep EQ, the 400B had 4 groups and 4 Aux sends, with a choice of input and output modules giving the same tailoring of configuration between recording, front-of-house and monitoring as had proved successful on the older Series 800.

A built-in VU meterbridge was designed not to use any extra frame extrusions, and this gave the 400B its characteristic ‘recessed’ appearance.

The 400B was to set a new record for volume production at Soundcraft until its replacement in 1985 by the Series 500 and 600.