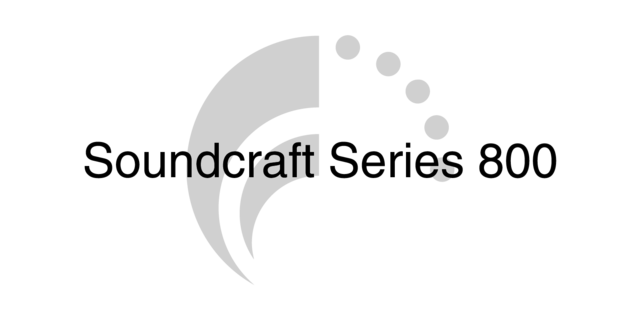 Larger Images
Launched in 1981, the 800 provided the next logical step up the range from the 400, with 8 busses, 4 Auxes, and more capability to be configured to match different applications.

It had been recognised that for demanding use, a single console design for recording and live use was not satisfactory, so the 800 was marketed as a ‘system’. 18, 26 or 32 input frames were available, allowing 4 dual output modules and the master. There was then a choice of two input and two output modules. The Standard input with Recording Output module would provide a recording console for 8 or 16-track recording and 16-track monitoring.

The same input but with the PA Output module provided an 8 group front-of-house live console, with 8 FX returns as standard.