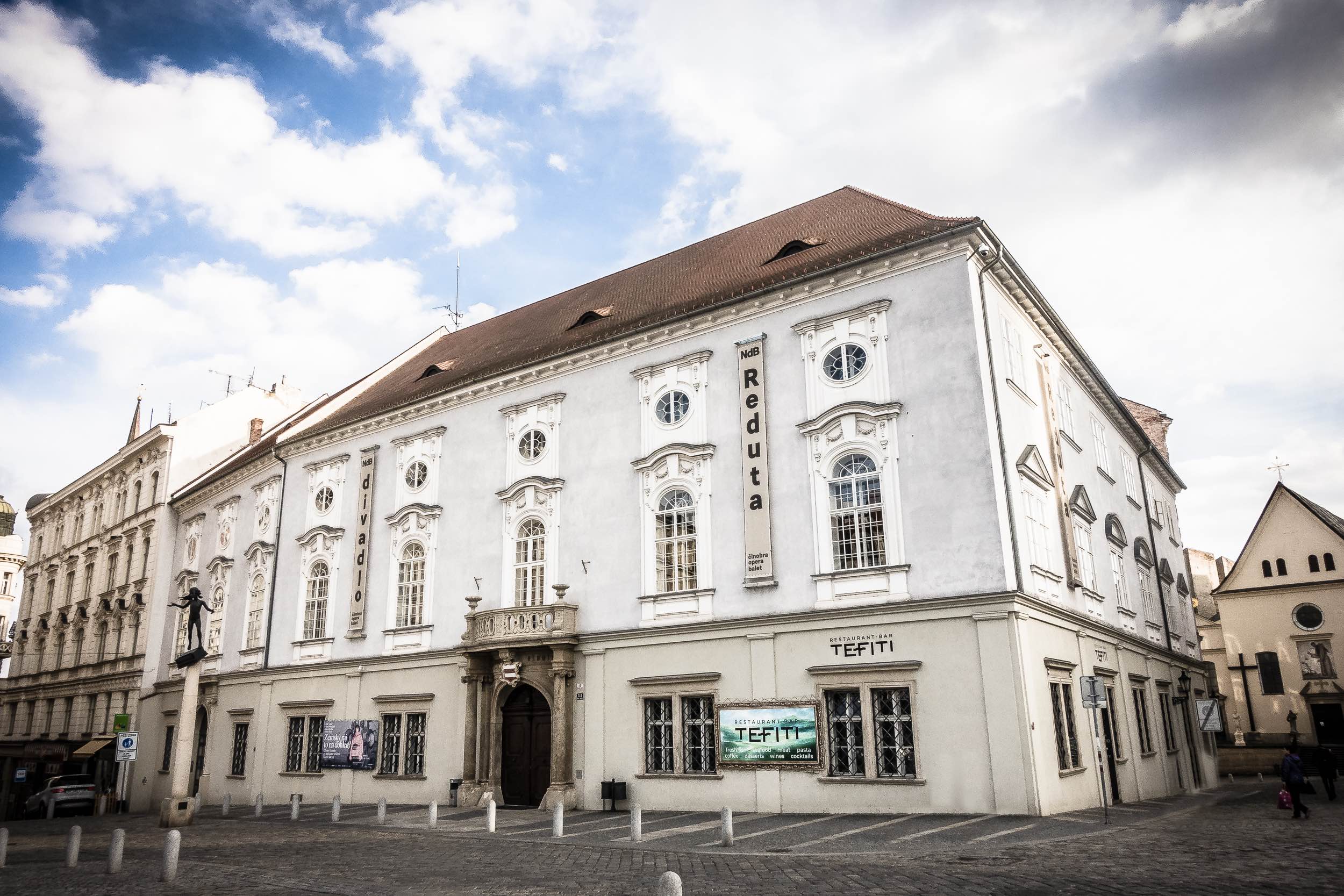 Originally constructed during the Renaissance, the Reduta Theatre is the oldest theater building in Central Europe and has continuously hosted concerts and productions since 1620. Wolfgang Amadeus Mozart, Béla Bartók and Thomas Adès are just a few names in the rich history of concerts that have been performed in the Reduta Theatre. In addition to dramatic performances and concerts ranging from jazz and classical to modern pop and rock, the Reduta Theatre hosts a wide range of events, such as TEDx conferences, Opera Europa conventions and corporate events.

In 2016, the Reduta Theatre found itself in need of a new front-of-house console literally overnight when their previous analog console caught on fire in the middle of a show. In order to replace the console in time for the next performance, Director of Stage Operations Jan Vrbka and the theater’s two audio engineers—Jirka Pochvalovsky and Standa Mitana—tested a Soundcraft Vi3000 digital mixing system against two consoles from other brands. The engineers ultimately selected the Soundcraft Vi3000 console for its user-friendly mixing interface and maneuverability.

“The main purpose was to create a good working environment for staff and guest sound engineers working in our building,” related Vrbka. “On the day that the Vi3000 was installed, our engineer Standa Mitana was able to mix that evening’s performance with no issues, despite having limited experience with digital consoles. It is sometimes said that the Vi is a console for roadies. To me, that means it is easy to learn to work on for sound engineers regardless of their console of choice. This comes in handy when other theater companies are performing at our venue with their own staff.”

When funding made it possible for the Reduta Theatre to purchase a second digital console, they quickly elected to expand their Soundcraft Vi ecosystem with a Vi2000 digital console supplied by AudioMaster CZ. Reduta Theatre’s Vi2000 console enables the staff to utilize the second mixing desk in a variety of configurations, including as a backup for the main Vi3000 FOH console, onstage as a monitor console in conjunction with the Vi3000, as a remote workstation closer to the stage during rehearsals, and as a portable console for events outside the building. The staff also installed a Soundcraft Vi Stagebox to ensure maximum flexibility for different scenarios.

“It’s important to select products with high operational stability and good support that allow future expansion of the system,” continued Vrbka. “All components are compatible with each other, which allows for mutual expansion. The Soundcraft Vi2000 is the perfect compromise between size and performance, which makes it an ideal backup to our main Vi3000 console, but also enables us to use it for applications outside the theater that require a mobile console.”

“Each of our sound engineers prefer different plugins,” added Vrbka. “Jirka likes the Neve preamps and bx-masterdesk finalizer, while Honza Konzal likes the SSL 4000E channel strip and EMT250 plate reverb. Every engineer on the staff is a big fan of the Lexicon time-based effects. The RealTime Rack plugins allow us to ‘own’ devices that otherwise would be unavailable to us. They take the level up a notch. We also use the Vi3000’s MADI and Dante capabilities to push signals through the system with as little latency as possible.”

“The Vi Series consoles are simple and intuitive, allowing engineers to devote more time to the sound quality of the production,” concluded Vrbka. “HARMAN staff has always been great at staying in touch and notifying us of important firmware updates for all equipment. And of course, AudioMaster CZ’s technical support has been excellent as always.”